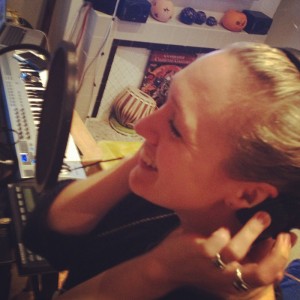 Rhian Fox is a British/Canadian singer-songwriter who grew up in Notting Hill, London.

Rhian’s first commercial release was as the featured artist on Polar Snares’ The Potion EP followed by their single, Breakthrough (Distinctive Records).

Rhian has also been involved in various bands, including early projects of John Joseph Brill, Lotti Benardout & Jessie Ware, and the Disco band, Payroll, which she formed together with bass player/co-songwriter Tommy Ettling.

Most recently Rhian has been performing her solo material accompanied by DJs and as part of an electronic duo with drummer, Michael David Bates.

Rhian released two EPs in 2017: THE TRAP, with mixes by Sonny Wharton, Balloo and Mani Rios, and her TECHNICOLOR EP, with mixes by Balloo, Quique Serre and The Inaudibles.